Leading online survey company Opinion Bureau conducted a poll in response to the recent court verdict on SBI’s denial to refund money in a transaction failure incidence. A pregnant lady had given her debit card to her husband to withdraw money from an ATM. In spite of the proven transaction failure, the court turned down the couple’s plea for payment refund. The court cited PIN and card sharing was the violation of rule rendering the demand of refund void. 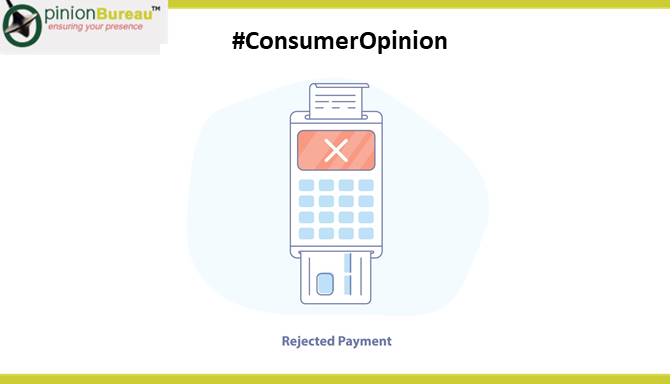 We asked the participants to share their views on the recent judgement in this nearly three and half years old case. The poll participants were mostly in favor of the couple. 62% participants held the bank responsible and opined that it ought to have paid. Out of this majority, 34% of the participants did say that the bank could have penalized for using someone else’s card. 31% participants contradicted and approved of the court’s verdict while 5% were not sure.

This poll reflects the opinion which doesn’t match with the views expressed by the court. It also leaves much scope for improvement in deploying technology as well. Letting the bank do away with someone’s hard-earned money owing to a technical fault can be debatable. Still, it highlights the need to make people aware of dos’ and don’ts. According to the bank official, one can issue a self-cheque and authorization letter to the person instead of handing over card and PIN.

This incidence reflects the ignorance on the part of the customers who are often denied right because of their ignorance. In the series of polls which we conducted on consumer rights, we got to know that the participants were unaware of various norms, related to flight cancellation, policy cancellation and in the matters related to their daily interaction with government institutions. The government and the social institutions need to do more to spread the message and make people aware of their rights.