Entertainment is the spice of life

As human beings, we turn to different kinds of entertainment to break free from our mundane life. We want to change our routine to have fun and amuse ourselves. We are desperately trying to distract our minds so that we unwind and enjoy the pleasures of life better. Entertainment, thus, is a constant source of succour for us, especially in times of stress. 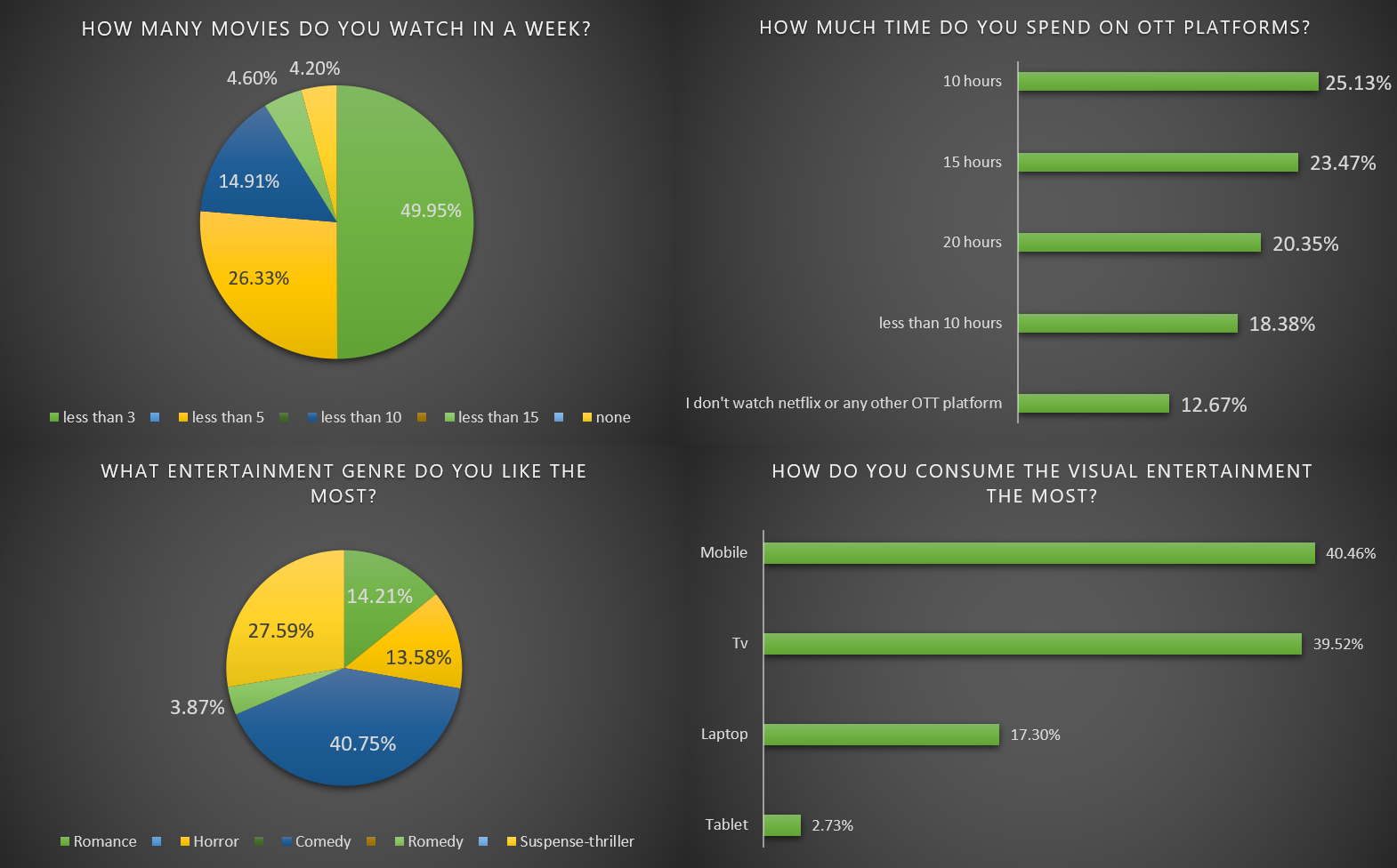 In trying to understand how people choose to entertain themselves in the 21st century, we at Opinion Bureau conducted a poll to find out their behaviour on OTT platforms. We wanted to discover the method and the medium of entertainment people resort to — is it the good-old TV or is there a new way to binge and chill. And most importantly, we wanted to find out to what extent these mediums were successful in engaging these audiences.

Out of the 963 respondents, 20.35% of them spend about 20 hours a week on OTT platforms like Hotstar and Netflix as compared to television. 23.47% and 25.13% of the respondents spend 15 hours and 10 hours respectively on these platforms while only 12.67% of them do not watch Netflix or any other OTT platform. The number of hours spent on these platforms clearly signifies the change in the consumption habits of people. Gone are the days of traditional daily soaps and watching movies on television. People now have a wide selection of engaging content to choose from.

Along with this change in the format of content consumption, there is also a significant shift in the medium on which people consume it. Mobile phones have now become the most preferred choice for viewers with a strong majority of 40.47% of the respondents vouching for it. The need for comfort follows the convenience of mobiles as 39.52% of the respondents still consume content on televisions in the comforts of their home. A small yet significant minority consisting of 17.30% of respondents use laptops followed by 2.73% of them engaging themselves on tablets.

We went a step further in trying to comprehend this love for movies by asking people which genre they enjoy watching the most. For most of the respondents, i.e. 40.75% of them, comedy is a clear winner. The second-most loved genre is suspense and thriller followed by romance and finally horror. What scores lowest on everybody’s list is romedy with only 3.87% of the respondents voting for it.

The world is buzzing with a thousand different ways of entertainment. There is a genre for every mood, a medium for everyone’s convenience, and a platform for every audience’s taste. People of all ages escape the real world to immerse themselves in the world of entertainment, feeling refreshed to face life with a new high. We hope you use it in your advantage too!