A mobile wallet is no longer just a trending app in one’s phone. It is an absolute must-have that has replaced the cash in our leather wallets. It has challenged the age-old cash flow of the Indian economy with a modern-day digital payment methodology. – 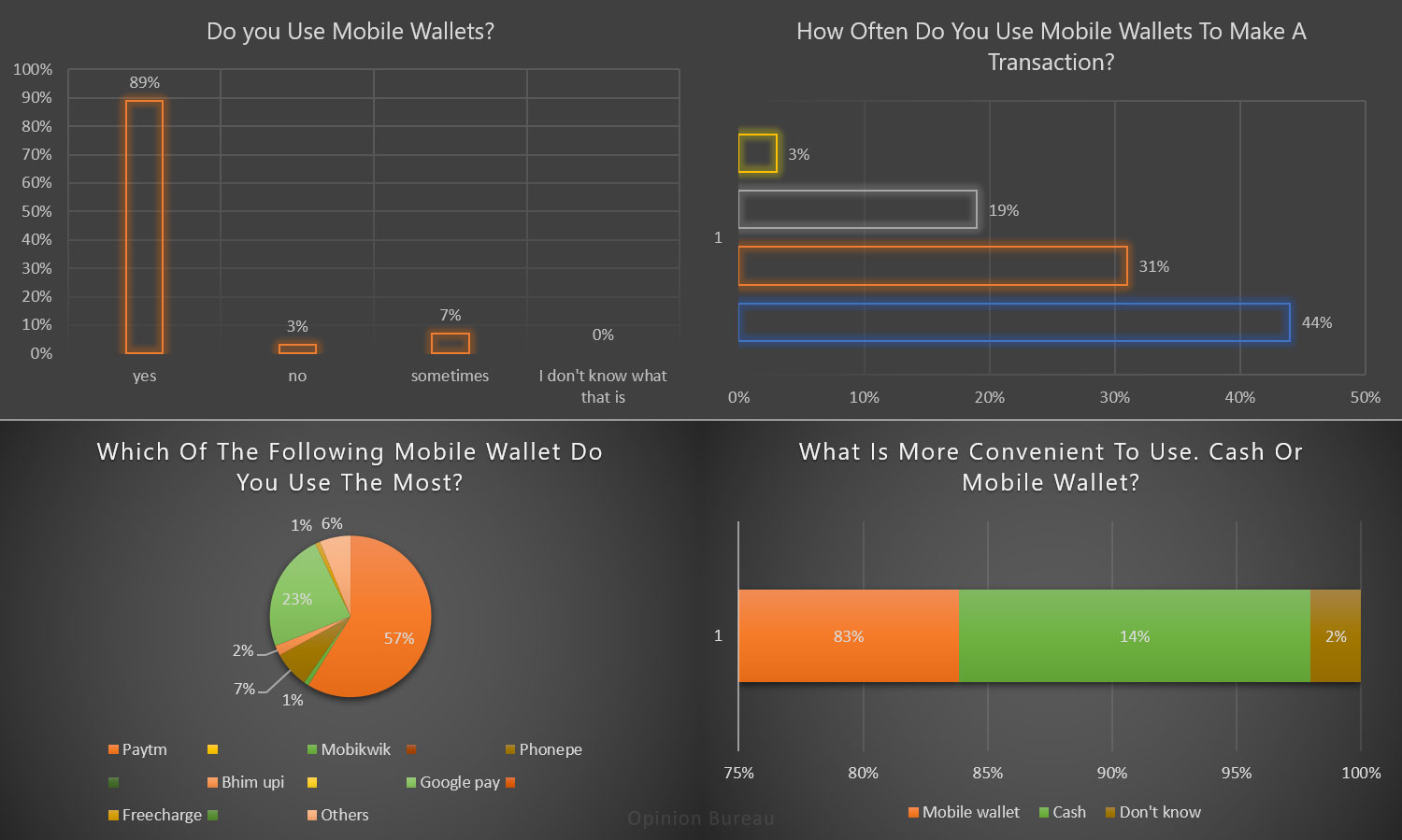 The earlier scepticism regarding its security has now finally given way to trust across all classes and ages. People no longer think twice before transferring money via mobile wallets; be it a teenager who is out partying with friends or a 50-year old businessman at the airport. What has further transformed the fate of mobile wallets – making it no less than a revolution with millions of downloads – is the campaign of ‘Digital India’. And its impact and centrality are such that people can now step out of their homes without their wallets!

On trying to gauge the frequency of use, the poll revealed that 44% of users use mobile wallets on daily basis and 19% use it for two to five times a week. 31% respondents agreed on using them at least once a week and a small minority of 3% said that they ‘never’ used mobile wallets.

A clear winner in PayTM emerged with 57% respondents in trying to understand which mobile wallet was used most often. Google Pay followed with 23%, Phone Pe with 7%, BHIM UPI with 2%, and Mobikwik and FreeCharge with 1% each.

Mobile wallets are now hurtling towards replacing cash altogether with their single-minded proposition of convenience. All communication is geared towards promoting ease that seems to agree with our survey wherein 83% of users believed that mobile wallet is more convenient to use than cash. 14% of the users still chose cash over the new method of payment and 2% of the respondents are yet to make up their minds on the subject. What’s left to see is whether these mobile wallets and their convenience is here to stay or fizzle out with time in face of a stiff competition from a cash-loving economy.

All-in-all, mobile wallets seem to have become an irreplaceable part of our lives. From auto rickshaws drivers to vegetable vendors to swanky restaurants, all seem to have adopted to mobile wallets for good. There are no more “khulle nahi hai bhaiya” (I don’t have change) shenanigans. The only downside, therefore, seems to be the loss of melodies and eclairs in place of loose change.  But we can live with it, can we not?